If a close relative has recently passed away in Spain, you may be looking for a lawyer who specializes in inheritance procedures to help you with the whole process of dealing with your inheritance.

Inheritances of foreignersin Spain, to their close relatives residing in European countries, is one of the procedures that we commonly perform at our law firm.

After their demise, despite the fact that in most cases the deceased (the person who initiates the inheritance process) has a Will, doubts arise as to which inheritance law is applicable.

In this post we are going to answer your questions by taking the passing of a person of European nationality on the Costa Blanca, Spain as our starting point. If your case does not meet the criteria explained below, we would recommend you contact us by phone or fill out the contact form to attend your inquiries in a more personal way, regardless of your country of origin.

The inheritances of people who have deceased on or after August 17, 2015, in a member country of the European Union will be governed by the European Regulation on Inheritance.

As a general rule, the law applicable to the inheritances of foreigners who have deceased in Spain will be that corresponding to the country of their usual residence at the time of their death.

Therefore, the law applicable to the inheritance of foreigners who have deceased in Spain will be that which you have indicated in your Will, or that of your usual residence at the time of your demise.

If you are the heir of a foreigner who has deceased in Spain, do not hesitate to contact us to clarify any and all your doubts, and, upon request, hire us to handle the inheritance process.

Will of a foreigner in Spain

The validity of a foreigner’s Will drawn up in Spain is also governed by Regulation 650/012. The same applies to the Will of any person who dies in a country of the European Union.

A Will made in Spain should be governed by Spanish law or the legislation of the testator’s usual residence. It is also possible that the real estate is regulated according to its location. For example, if a person of French nationality decides to draw up their Will in Spain, but the element of the Will is a property in Italy, they can draw this Will up according to Italian law.

Inheritance and Gift taxes in Spain for foreigners

Since January 1st 2015, with the state amendment of the Inheritance Tax Law, European residents or non-residents in Spain can apply the regulations of their corresponding Autonomous Community.

In this way, if you are a non-resident heir to an inheritance from a non-resident in Spain, you will be able to apply the regulations of the Autonomous Community where the assets of greatest value of the deceased are located.

Spanish lawyer expert in handling inheritances of foreigners in Spain

If you wish to start the process of inheritance of a deceased person in Costa Blanca, Spain, we would recommend you contact an expert lawyer in foreigner’s inheritance to help you throughout the entire process and advise you on your options as an heir. 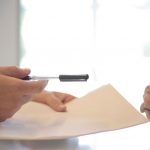 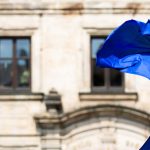 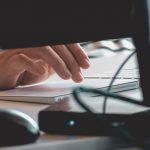